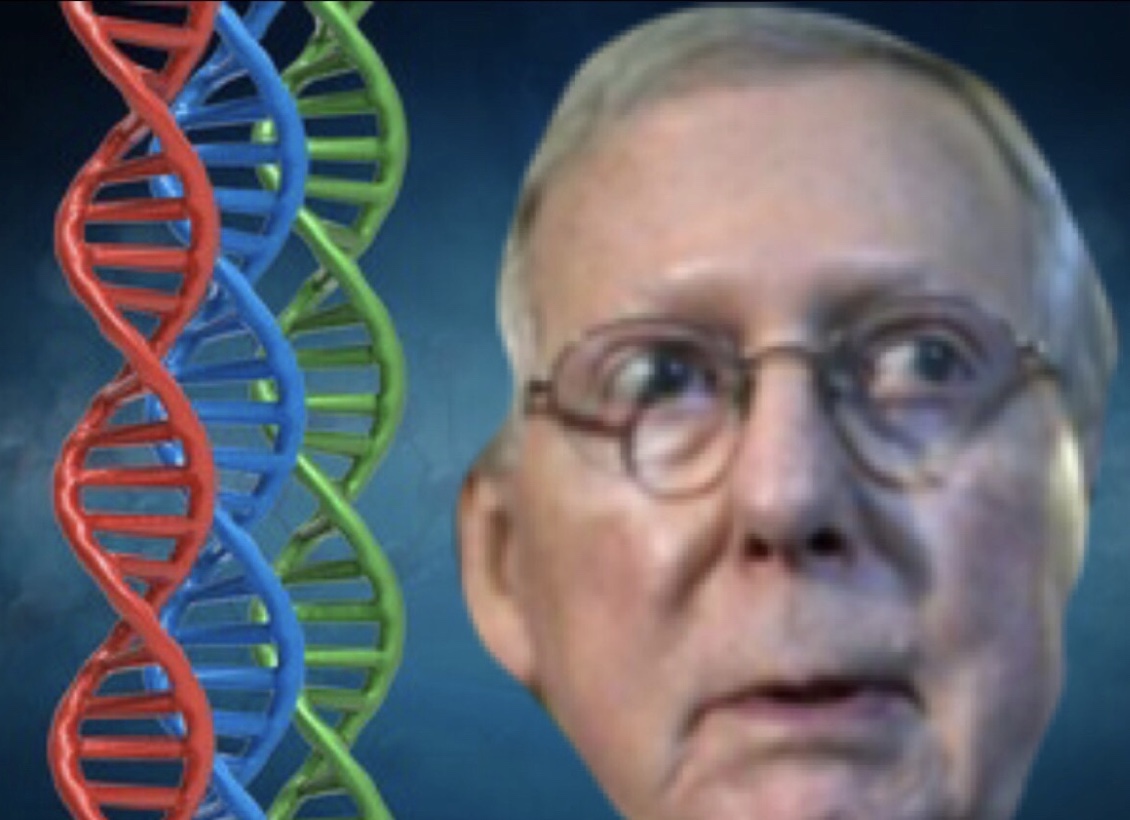 In a video conference from the capitol building on Friday, Mitch McConnell announced through multiple layers of chicken flaps that he took a DNA test and he is, in fact, 100% that Mitch.

“I thought the test results would be more exciting, like maybe 90% white (supremacist) and 10% mechanically separated chicken, but the results were a bit more… urban… than that. Turns out, I am 100% that Mitch.”