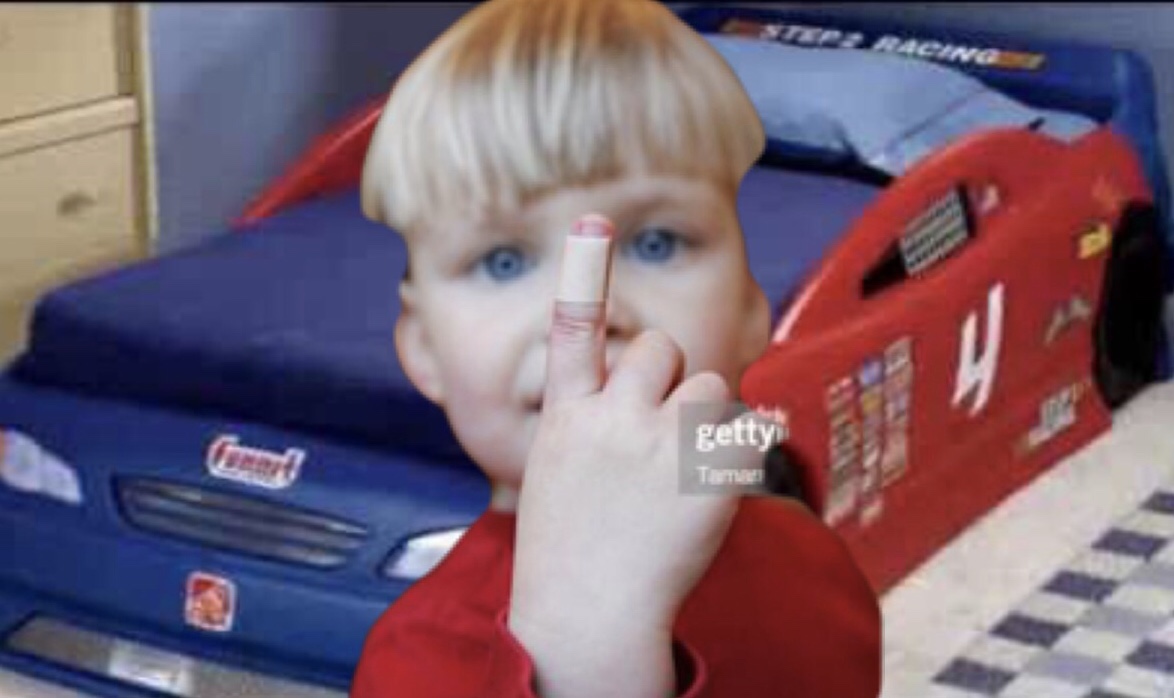 “It really huwts,” said Mikey Kahan about his finger after a super scary accident that sent both him and his twin brother Jeffery “Jeffwy” Kahan flying across the bedroom on Tuesday evening. “Jeffwy pushed me,” he repeated for the seventh time to no one in particular. The crash came during a tiebreaking race in a best-of-five series scheduled to finish before night-night. John Kahan, league official and father, said about the incident: “That’s it. We are done with racing for a bit. These things always get too crazy.” In a backlash to this ruling, fans were quick to point out that this is only the second accident that the twins have seen since receiving the racecar bed last December. Mr. Kahan declined to give any further comment. At the time of reporting, sources are still unable to confirm the exact nature of the bed’s malfunction.