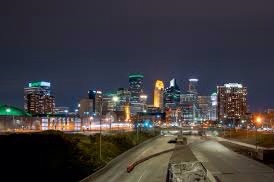 After the riots have settled, a debate as old as the Twin Cities still rages on. And even as the last of the city’s grocery stores burn down, Minneapolis residents are still just as annoying.

“Right here where we’re standing is Prince’s old stomping grounds,” said downtown resident Jared Gross, on the ashy remains of a burnt down Arby’s. “Epic right? There’s nothing like that in St. Paul.”

Jared is one of thousand of Minneapolis residents who think that even while burning, Minneapolis is still way chiller than St Paul.

Jim Waylan, of Dinkytown, is just as excited. “It wasn’t the tear gas that brought me to tears. What made me cry was the beauty of this burning city.” As his friends risked their lives on the frontlines in Minneapolis, Waylan was quick to criticize St Paul’s lack of progression. “St Paul doesn’t even have tear gas yet. All they have is newspapers and transistor radios.”

“We have it all,” said child Mayor Jacob Frey, during a press conference from his Mad Max style vehicle. “Shanty towns and dead bodies, baby. It’s tight. You can’t beat it.”