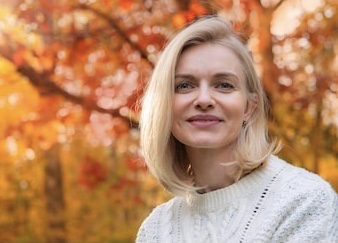 While many are happy about the cooler weather and changing seasons, not everyone is celebrating. Claire, a 28-year-old Ugg Boots enthusiast, is feeling conflicted. Very early on this year, she declared that she “can’t see color,” and will therefore treat all tree leaves the same.

“All Leaves Matter. The biggest way to celebrate the changing seasons is to not talk about it,” Claire said in the caption for a black-and-white portrait of an oak tree, “I’m done with hearing about colors – can’t seasons just be seasons? Why do we need to describe them with the social constructs of colors?”

Her husband, Garret, a white man who is increasingly feeling like fewer people are listening to him, did not mince words about the attention the autumn leaves’ color is getting. “I’m so sick of people talking about these ‘multi-colored’ trees and taking pictures of them. Sure, I like autumn. I don’t have an anti-autumn bone in my body but I’m tired of people making the distinction between summer and autumn leaves.”

Garret also floated a theory that the changing seasons are a liberal plot to get more people to vote in the November election. He doesn’t believe the election happening in an autumn month is a coincidence.

Protestors of the All Leaves Matter group have come out of the woodwork to support the colorful language used to describe the changing leaves. They decried people like Claire as people “swamped in Pumpkin-Spice-Privilege,” and, choosing one of their favorite autumn colors decided to start “Orange Lives Matter.”

Their slogan, however, was hijacked by a grassroots Republican group after believing it to be a statement supporting President Donald Trump.