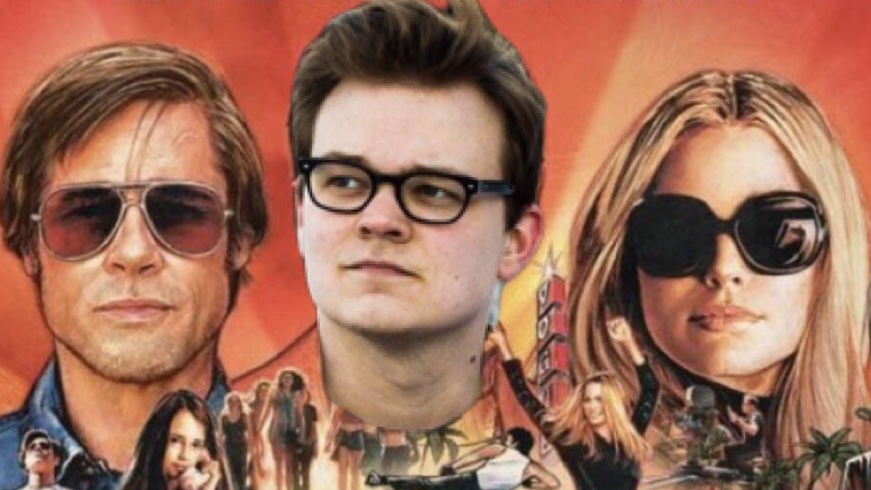 Continuing our Quentin Tarantino Series, let’s get fucked up and watch “Once Upon A Time… in Hollywood.”

So Leonardo DiCaprio is a guy who looks like me and is a handsome actor. He has a friend who is his old stuntman Cliff Booth played by Brad Pitt.

Brad Pitt kicks the shit out of Bruce Lee, because Bruce Lee was wearing sunglasses or something.

Meanwhile Leonardo DiCaprio (me), is at work and is sad because he can’t remember his lines and he cries to a little girl about how he sucks. This movie is very relatable.

I go to Italy to do some Italian movies and realize maybe there’s some hope for my career because Italians can’t tell what good acting is (Clint Eastwood).

Anyway, I have to break up with my boyfriend Brad Pitt because I have a wife now and that complicates things.

Brad Pitt and his puppy defend me from the Manson family, and I set the last one on fire because like all actors I think I’m secretly a hero.

Brad Pitt goes to the hospital, and I get to go have fun with Sharon Tate who (twist): is not dead the whole time.

This might be one of Tarantino’s best films. Brad Pitt was great, but I also felt DiCaprio’s performance was one of my best.