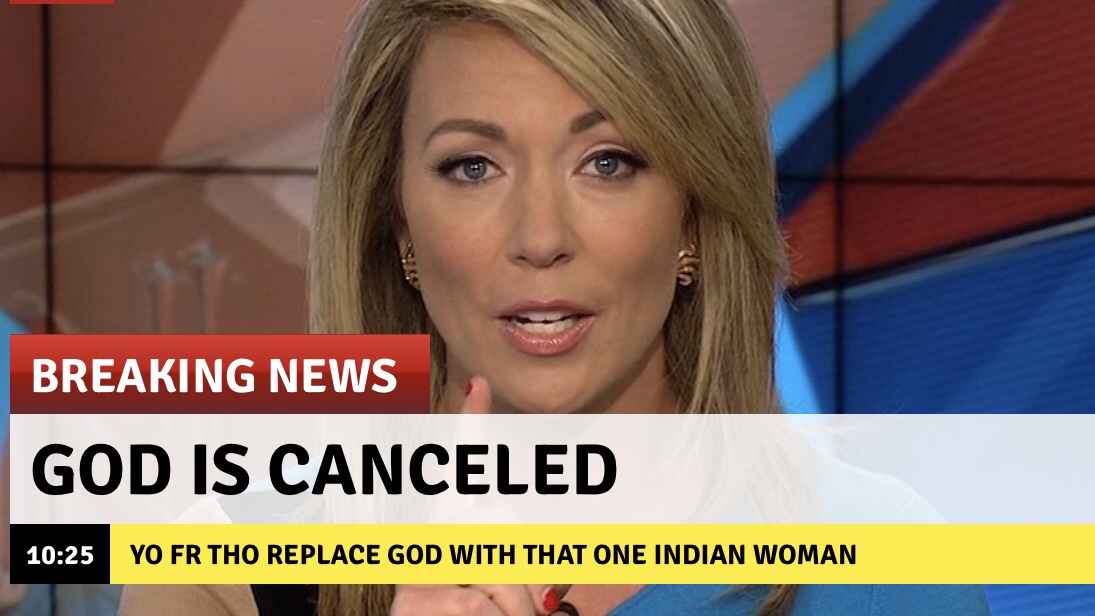 Find yourself a new Creator of the Universe, folks, because God is being canceled. Twitter took to storm this week after finding out that God, age infinity, impregnated Mother Mary at just the age of 14! People all over the world are asking God to step down as Creator of the Universe, while others are calling for His arrest. Though unfortunately, according to Jerusalem State Law, the statute of limitations does not extend to over 2,000 years ago, so it looks like this matter will stay in the public’s hands. The #MeToo movement has sparked wide, justified, and long overdue rage over the past few years, and has been successful in taking down some of the most powerful men in the entertainment industry including Harvey Weinstein,T.J. Miller, Ghislain Maxwell, David Bowie, and now God.

God and His attorney’s have yet to issue a statement when contacted about the allegations.

With people everywhere demanding God to step down as Creator of the Universe, it begs the question, who will replace Him?

Twitter user @marxistqueerstinkypussy, a white woman from Seattle, tweeted this morning “yo fr tho replace God with dat one Indian Woman God u know the bitch wit like 8 arms lmao she fire tho lbvvs”

The tweet went viral after it was retweeted by Congress Woman Alexandria Ocasio Cortez and Danny Devito. There seems to be a consensus on “left twitter” that the replacement of God The Almighty should not be a straight white man and that diversity should come into play. #Durga, the Hindu Goddess of War, is trending on twitter and seems to be a top contender in the replacement of God, Creator of the Universe.

This afternoon @DrBrianCalloway, professor of Sociology at NYU, tweeted “It’s impossible to ‘cancel’ an abstract concept like ‘God’, this is an idea that only exists spiritually with people and that isn’t concrete.” He later deleted his account after receiving multiple death threats and was shortly fired from his teaching position at the University after working there for 20 years.

Regardless of which stance on the matter you side on, there is at least one thing in the future that is certain. God is canceled!